This section of Obscure Finds Numismatic Collection is about a Mint (an industrial facility which manufactures coins for currency) from the US region referred to as the Carson City Branch Mint. 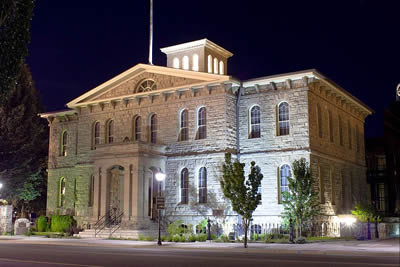 
Other World Mints from the US region
Pictures From Carson City, US

The Carson City Mint was a branch of the United States Mint in Carson City, Nevada. It primarily minted low numbers of silver coins, however gold was also minted in greater numbers. The mint was in operation for about nineteen years.

The Carson City Mint was created in 1863 but wasn't put into operation until 1870. It ran until 1885 when it went on hiatus but it resumed operation in 1889 when it ran until 1893 when it closed for good. It is now the Nevada State Museum, Carson City.

The last coinage was stamped at the Carson City Mint in 1893. During its history, the Carson City institution minted 56,636,119 gold and silver coins. Its mint status was withdrawn in 1899, and it was an assay office until 1933. The Mint building opened as the Nevada State Museum in October 1941. Today the rare "CC" mint mark is one of the most coveted among coin collectors.

The Carson City Mint is now open to the public as a museum.

Take a walk through time at the Nevada State Museum in Carson City. Your first step brings you into the former Carson City Mint building where coins were minted from 1870 to 1893 - - 57 issues of silver, all bearing the distinguishing "CC" mint mark. On display is the formidable Coin Press No. 1 and a complete set of Carson City Morgan dollars.

Museum Admission:
$8 adults,
free for children 17 and under
free for museum members.